James “DrZ” Zdaniewski is a multimedia artist based in NYC that has shown work around the country.

“My work is influenced by dreams, stream of consciousness and the quantum world of time and space all around us. Time does exist but its experienced differently for every individual. The same pertains to how you interpret artwork (different for everyone). I search for organization out of the chaos in the mind and the world. I want to show a delicate balance of time and space by pausing motion in different images, using layered mediums and finishes that react to light; Creating emotion out of still motion.”

James “DrZ” Zdaniewski is also Co-Founder of the “See Savannah Art Walls (SeeSAW)” organization which was created to fund positive, community themed murals in the public domain. SeeSAW actively seeks out artists, neighborhoods and property owners who are willing to work together in order to foster an environment where public art is created with the purpose of instilling a sense of pride and civic unity. 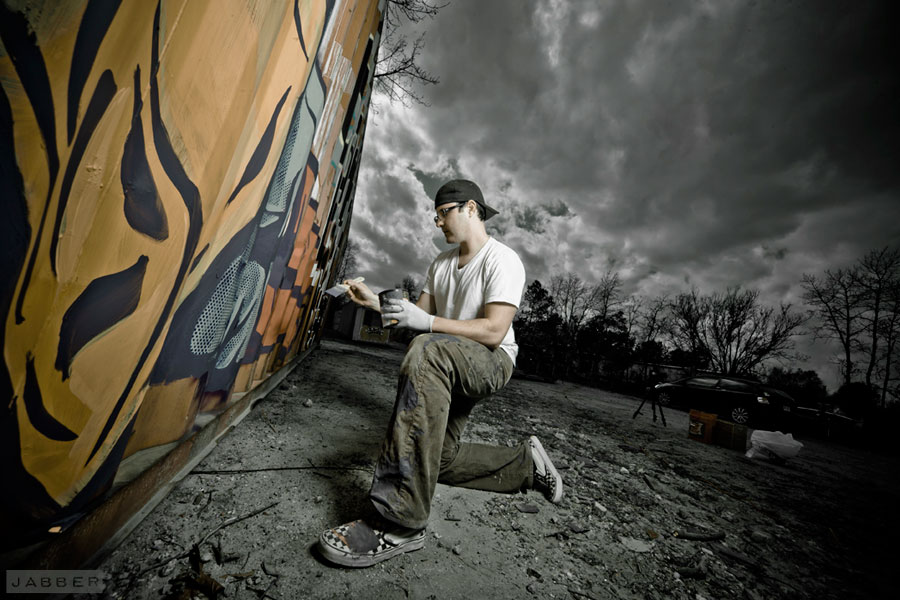